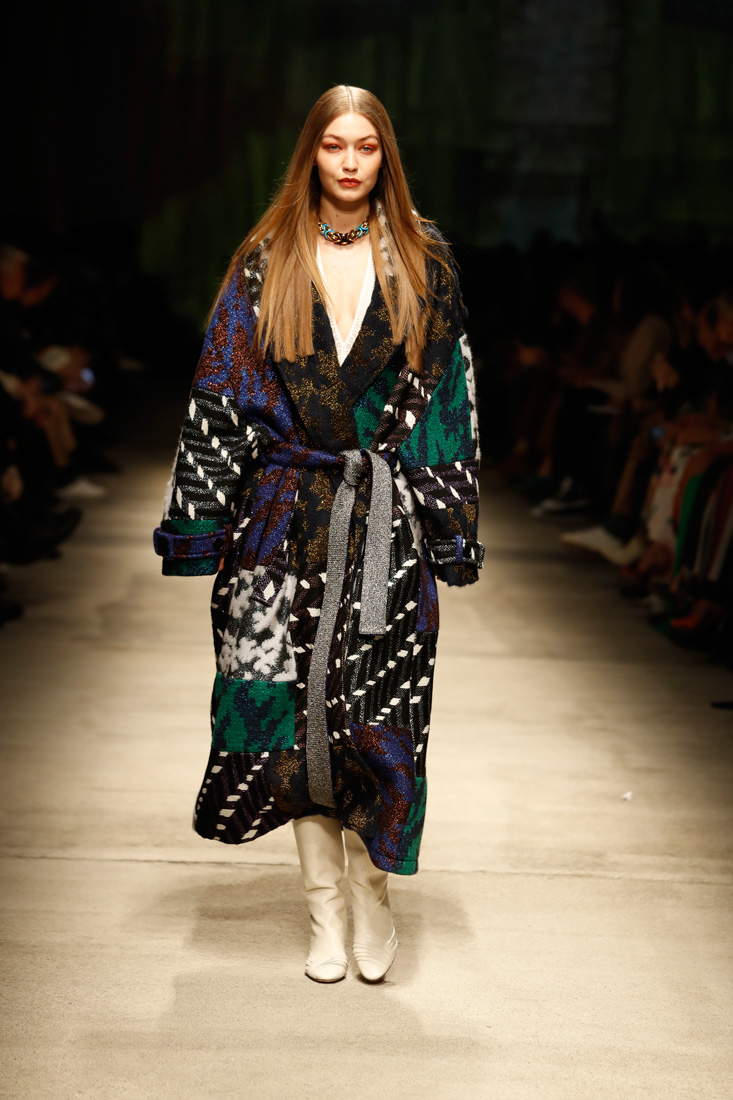 Math and Fashion are besties…

You may not know this, but they always have been and always will be. The measurements, angles, details and shapes all come from designers’ ability to add 1+1…

Missoni took their mathematical knowledge and did something great this season; they combined those measurements, angles, details and shapes into beautiful 90’s and future-inspired cloaks, coats and pairings that lit up their FW20 show like no other. The collection was on theme, as the clothes were non-gender specific in the cuts. The colors were based in rich earth tones with pops of red and turquoise that would work for any sex or silhouette.

The other part of current trends I find myself enjoying this season,  is that everything isn’t made of lycra. We’ve passed the stage of super tight clothing for EVERYBODY, it’s ok to let go a little, order the turtle cheesecake and still style your way through the season.

Back to the math…

Chevron patterns were twisted and turned, stripes laid at an angle. Color blocks were added to triangles and geometric shapes found themselves back on to sweaters (where they belong). Based on the nuances found in Edwin A. Abbott’s Romance of Many Dimensions, Missoni used all the shapes to create extended blazers, riding pants, and suits that will definitely be around the millennial scene all Fall, and that your mom and dad will feel comfortable wearing as throwbacks to a cut and time all too familiar.

Some of the patterns created a tribal effect, which will make it that much easier to recognize your people on the scene

I’m looking forward to seeing how stylists will use these pieces and who they will place them on. noy hope is that it’s not anyone obvious…get the math right on this one people! Missoni already did.

This site uses Akismet to reduce spam. Learn how your comment data is processed.